Posting a minor update with a few tweaks and fixes taking us from version 1.14 to 1.141. Most importantly, there was an error in energy expenditure code that meant turning left was many times more costly than turning right. This bug is fixed.
Additionally, the "Highest Generation" text at the top right is replaced by a timer showing how long the level has been running (accounting for pause, fast forward, save/load, etc.)

I also uploaded a save file that serves as a good place to watch a predator-prey relationship (try to) evolve. 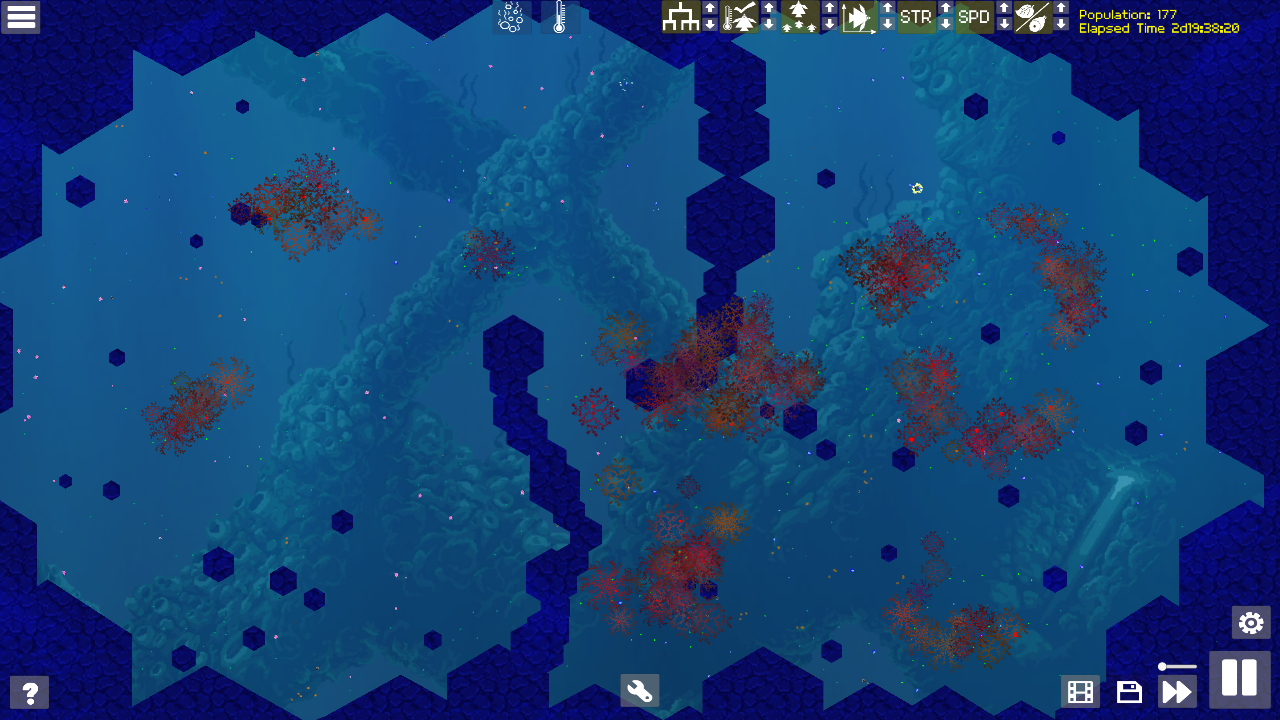 In divide.save, we can observe two groups of species that evolved from a common ancestor but have diverged into the mostly peaceful blue herbivores, and the pink critters who have become more aggressive and started to evolve more a omnivorous diet. Both tend to be good at homing in on food, but the pink ones have started eating other critters as well as fruits -- sometimes quite aggressively, lunging with exposed fangs. It's fascinating to watch the various ways evolution can play out from here. Sometimes the aggressive pink critters eat so voraciously that they go extinct, leaving only the blue species. Sometimes the blue critters evolve to be more defensive. Sometimes the pink varieties go extinct but then a segment of the blue population fills their old niche and starts eating the other blue critters.