This update's been a long time coming, but I think you're really going to be excited about the possibilities!

It's now way, way easier to identify different species within an environment, and even trace their evolution over time, thanks to new the Species Overlay view, and the Taxonomy, or "Tree of Life," screen.

As your critters evolve, the simulation assigns them species names based on their randomly generated individual names, their physical traits, and the subspecies that they descended from 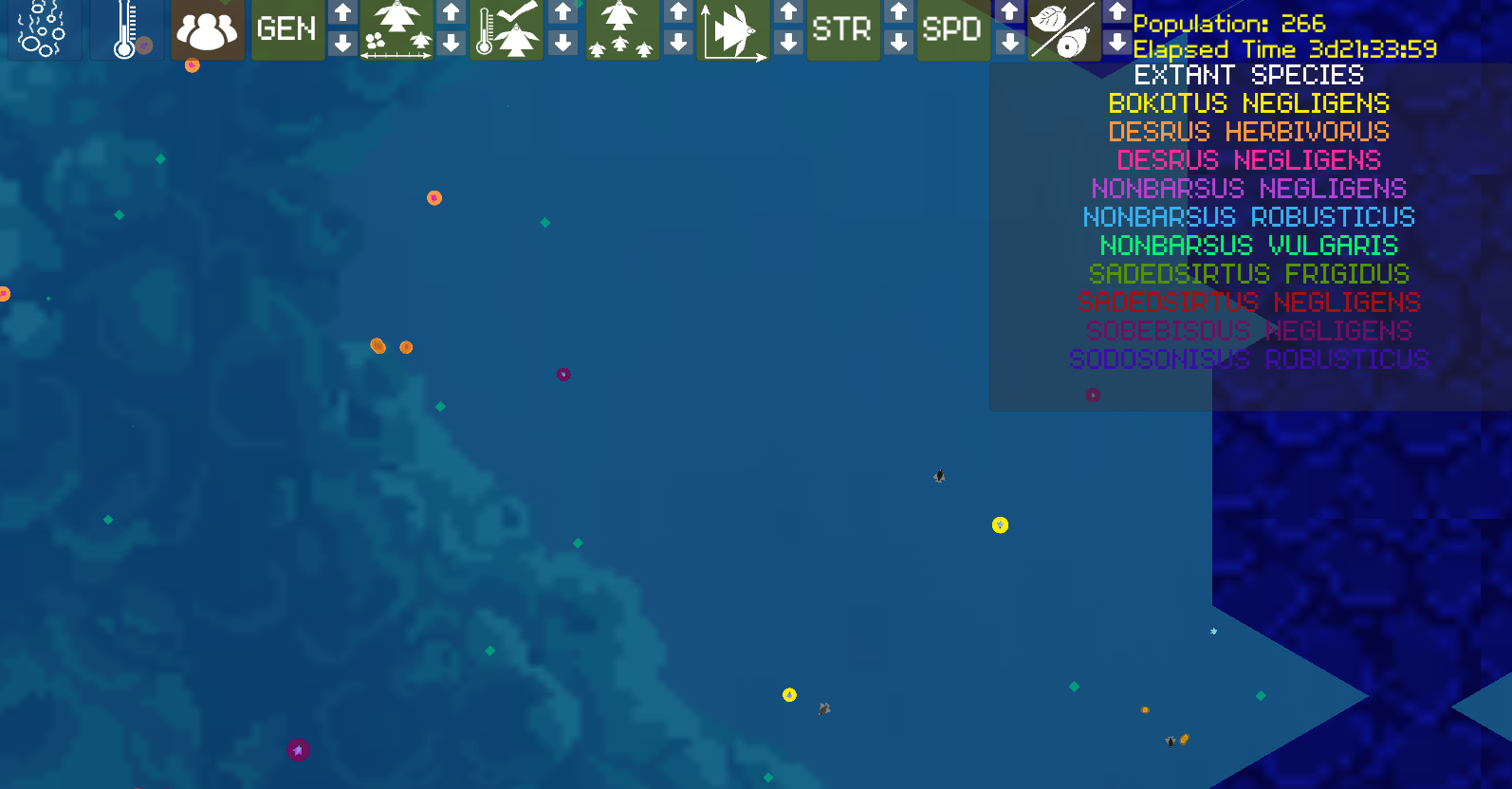 You can use the species overlay button the same as all the others -- hover over it to see all the critters highlighted according to their species. Click to lock or unlock the overlay. (Species with only one or two members won't show up, in order to keep the list manageable.)

The Taxonomy view is a new, very powerful view that enables you to trace the evolution of subspecies all the way through the life of your simulation. It's still considered experimental, so expect slow performance and occasional crashes -- don't hit the button without a recent save! -- still, I feel like the feature is important enough to warrant a release even if there are improvements to be made. You can find the button for toggling this view in the bottom right, next to the screensaver button. You'll need to wait after starting a new sim until at least one major species has established a foothold -- a minimum population size or lasting long enough to spawn a subspecies. 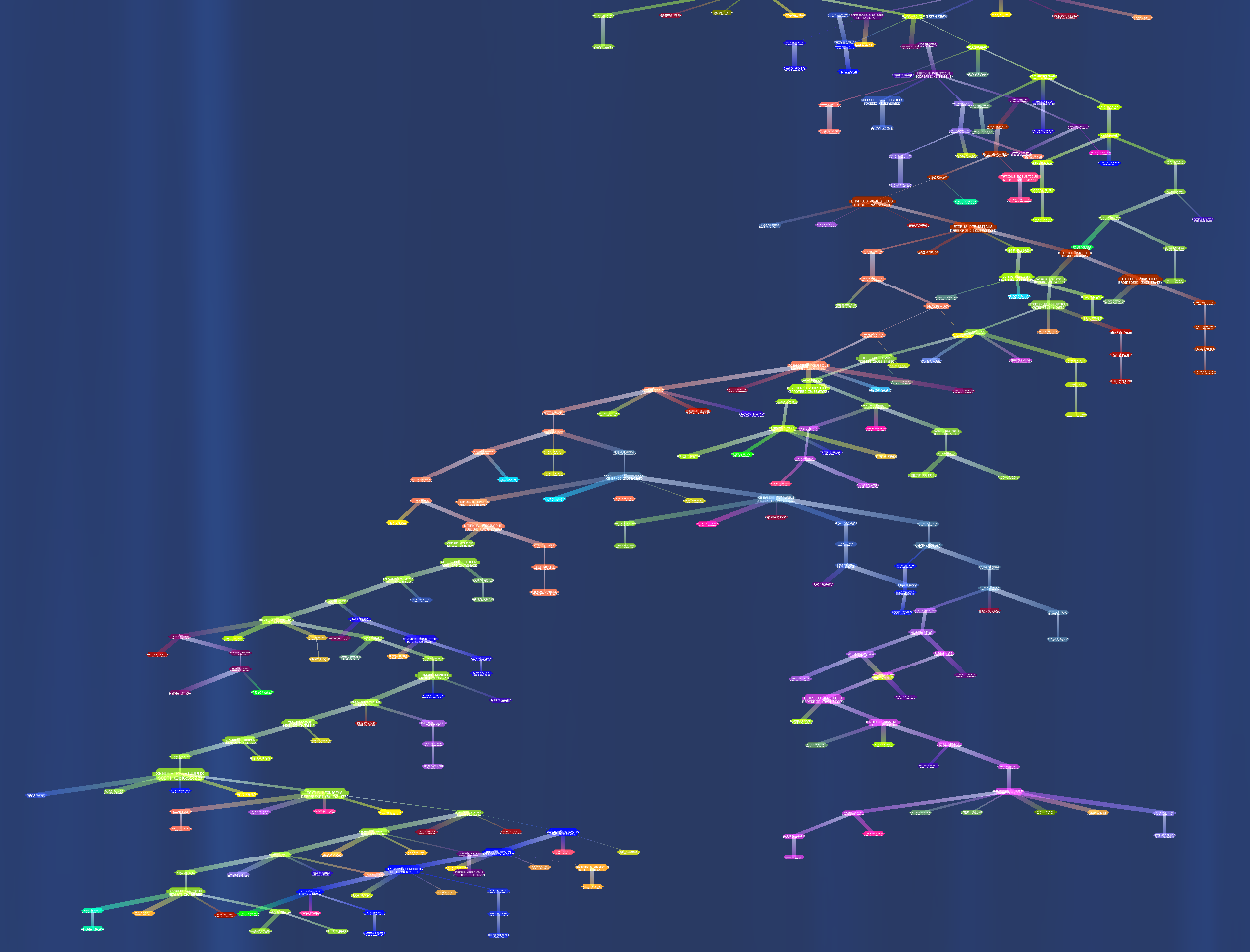 Things can get cluttered pretty quickly, so to clean things up a bit, you can click on any subspecies to focus only on that lineage. Click again to cycle modes -- full lineage, ancestors only, or descendants only. 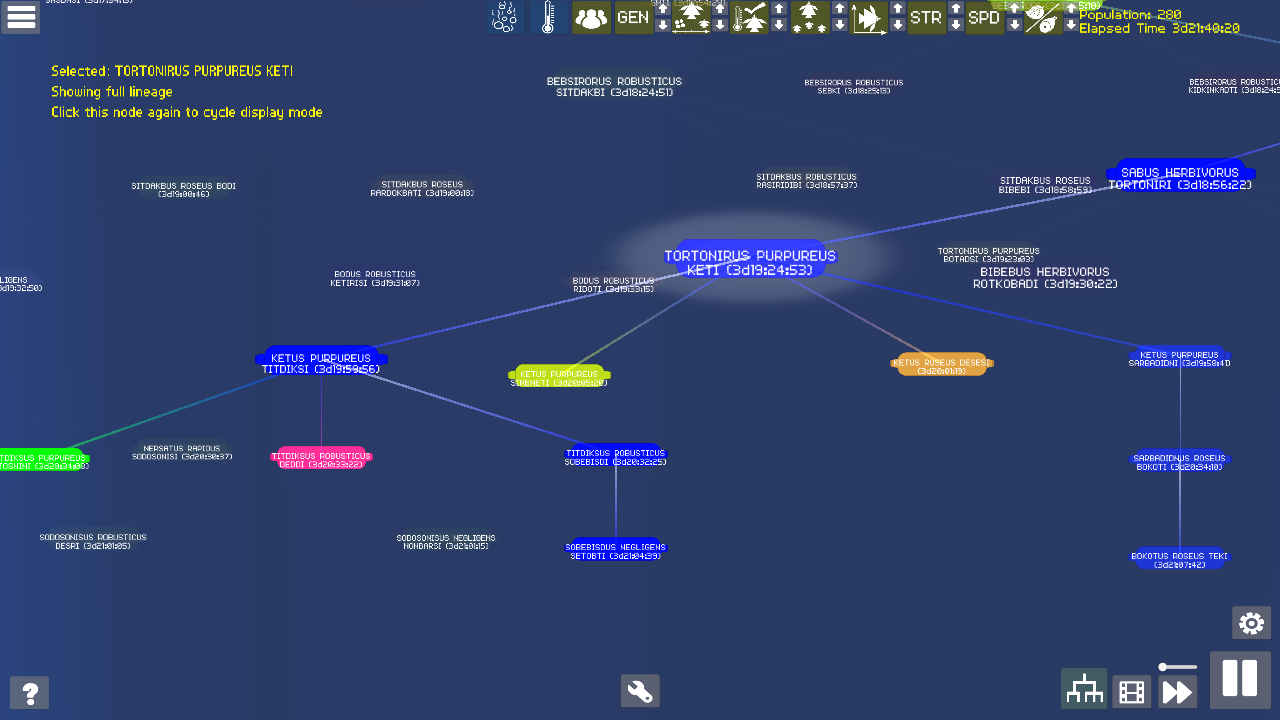 Using this tool, you can look back into ancient history and identify evolutionary branches. If you keep a healthy autosave history for your sim, you can even use the timestamps on the subspecies nodes to go back and see what a particularly successful evolutionary line was like, or research why a major genus went extinct.

As I said, there are definitely still some kinks to work out with this view. Especially if you load a save from a previous version, so every critter in existence is considered the start of a new evolutionary line. So expect some bumps in the road! But again, the sheer power of this view makes me feel like it's too good to hold back for later.

In addition to those major changes, here are some other tweaks: